Capture in advance and replay after attack successfully tested on Honda-Civic 2012. However, it will only work once, due to Honda Civic has applied the mechanism of the rolling code to prevent replay attacks such as this.

After each key was pressed, the rolling codes synchronizing counter increased. But the keyfob receiver will accept a sliding window of codes, to avoid accidental key pressing by design. 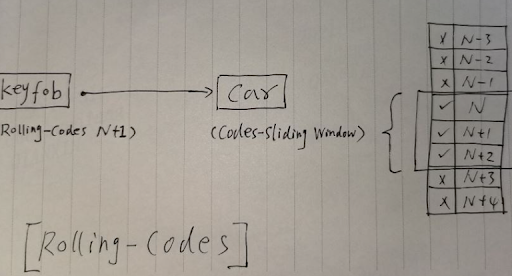 By replaying the previously eavesdropped Lock/Unlock commands in a special sequence to the Honda-Civic, it will be resynchronizing the counter. Once the counter resynced, commands from the previous cycle of the counter can be replayed again.
Since it’s only successfully tested on Honda-Civic 2012, How many others may also have been affected by this vulnerability remain unknown.